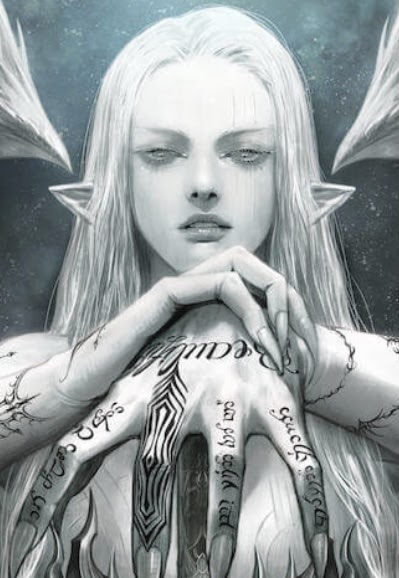 There were so many great electronic tracks released this year and this is an absolute dancefloor banger. This has a great pace to it and an early 90s feel, emphasised by the use of ‘Chime’ by Orbital as a sample.

Now this is a track to make you smile and put a skip in your step!! Even the most reluctant dancers won’t be able to resist a little toe tap, head nod or shoulder shake once the delicious soulful sample and French disco with a sprinkle of The Avalanches beat kicks in.

Japanese hip-hop banger, great deep bass and an infectious chorus. It mixes raps in Japanese and English and the production gives it a fresh and vibrant feel, setting it apart from a lot of the current hip-hop sounds.

The rise in Latin flavored/reggaeton style music is producing some of the best stuff around at the moment. Great production and never afraid to get a bit more experimental, Bad Bunny is one of the leading lights and someone who’s releases never fail to impress. The kick drum on this is crisp and gives it the feeling that it is going to build to a release like an early 2000s dance track before settling into a slower almost sludgy groove with a dirty synth line.

This is what I would describe as future pop – it has all the hallmarks of a conventional pop song but the production is so good and gives it a real edge. The beats are almost Aphex Twin-like and the distorted and pitch shifted vocals add a raw scratchiness to the sweetness. Awesome trance-style keyboard break too!!

Soul inflected dance track. House piano, exquisite deep growling bass topped off with vocals that flit and dance around your brain. Relaxing, chilled but capable of getting you moving at the same time.

Absolutely ferocious track, every fibre of anger and disdain can be heard dripping from every word. It’s just a travesty that a message like this still has to be relayed in the 21st century. Music has the power to unite but it also can make a pretty definitive statement against these narrow minded, evil assholes, which this song does superbly.

At first, I must admit, I thought this might be a joke!! Bludgeoning metal riffs, double kick drums that feel like they are using your head as a punching bag and then… the sweetest pop vocal melodies!! It’s actually an incredible mix with parts feeling like The Beach Boys, Babymetal, Alice In Chains, Slipknot and Queen started jamming at the end of the weirdest (and possibly greatest) festival never known!!

Synths, keyboards and an infectious vocal sample give this track a chilled out dancey vibe with Dan Snaith’s understated but dreamy vocals lying on a bed of bass and skittering drums. The whole album is well worth your time.

Sometimes all you need is a great pop song! This should have been bigger than it was and pushed her to Dua Lipa heights but I have a feeling 2021 could be her year. This is super catchy and fits the album title perfectly.

This has a classic hip-hop vibe to it, Kanye-esque production, Jay-Z/Scarface feel to the rhymes, this is rap music that reminds me of why I fell in love with it all those years ago. When the beat kicks in just before the minute mark you’re hooked.

89. Perfume Genius – Nothing At All (Set My Heart On Fire Immediately – Album)

From one of the best albums of the year, this is a beautiful song with a vocal melody that feels so sad but also so catchy. The music has a distorted edge to it, at times feeling like it wants to bust out into heavier territory but it keeps the restraints on and adds a great keyboard line after each chorus.

The production on this record is pure pop but with loads of little tweaks and twists that make it far from conventional. A bit like Years & Years but with far more adventure and intelligence, this deserved to be a much bigger hit.

When I first heard this I was taken by surprise. This has such a different sound and feel to the other things I’ve heard from Grimes previously and could have come from the late 90s/early 2000s indie scene (which is definitely not a bad thing). The acoustic guitars are augmented with lush instrumentation throughout, including the cool use of a banjo late in the track.

You know a song is a pop banger in the Manley household when even my middle boy starts busting out a few moves whilst it’s playing!! Infectious disco production, great bassline and a catchy as hell chorus (with some vocoder backing vocals, Roger Troutman style). Dua Lipa had a big year and her album is chock full of pop goodness.

Smooth as silk soul record with a unique pitch shifted chorus that is super catchy. The production reaches it’s peak about 2 and a half minutes in when a sumptuous bassline coupled to a harder hitting beat kicks in. Hopefully we’ll hear more from this talented lady in 2021.

This has a real Prince-like feel (definitely a good thing), love the use of electric guitar and soulful vocals. The backing track is busy with a lot of drums and fills but not overpowering and lets the vocal melody soar over the top.

This is a brilliant piece of music, traditional African sounds with an electronic element and some wonderful guitar playing. A relaxing vibe but with enough rhythm to get you moving.

Great dance track with an epic, reach for the lasers, big room feel. Will be a joy to lose your shit to when the clubs reopen and is good enough to get even the most uncoordinated people like myself thinking they are Michael Jackson on the dancefloor.

Disclosure got back on it this year, releasing some really strong tracks with this absolute funky beauty being my fave. African rhythms and chants, discofied guitar and drums and one of the funkiest basslines of the year make this a winner.